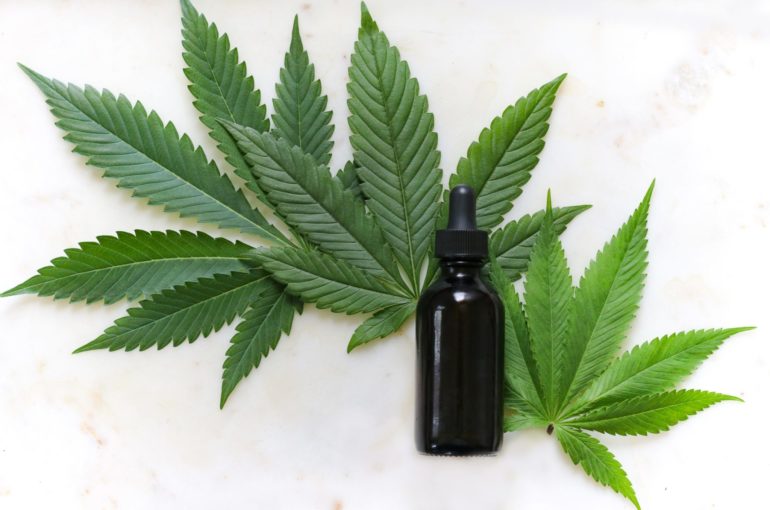 Cannabis contains a variety of compounds with promising potential for use in different kinds of therapy and treatment for humans and other animals. The cannabis plant—also referred to sometimes as marijuana—is notorious for its ability to produce a euphoric experience when consumed. This high sensation is due primarily to THC, the psychoactive compound contained in most strains of cannabis, but there is so much more that cannabis can do for the mind and body beyond an elevated mood.

While THC is the most well-known compound found in the cannabis plant, there are hundreds of other compounds known as terpenes (pronounced tur-peen) that are present in varying concentrations in different strains of cannabis, each with different effects on the body.

Terpenes are fragrant oils that give a strain of cannabis its unique aroma, taste, and therapeutic value. By understanding the interplay between different terpenes and the resulting interaction with the functions of the body and mind, terpene and cannabinoid profiles are being developed to treat a wide variety of ailments and improve the quality of life for people suffering from short-term and chronic illness.

For healthy users, terpenes provide a natural option for anything from mood enhancement to better sleep. Research on the potential use of myrcene and other terpenes has shown promising results. Terpenes could potentially offer a natural alternative to pharmaceuticals and have fewer side effects.

While over 200 different terpenes can be found in any given strain, one of the most common of these terpenes is myrcene. It plays a major role of the unique scent of a number of plants including hops, mangoes, and herbs such as basil and lemongrass.

You’ve probably heard of the “Mango Theory” which started back in the 1960’s and went viral with the internet age. The legend goes that by eating a mango before smoking cannabis, you’re high is enhanced greatly. Today, we understand that it’s not necessarily the mango making your high that much stronger, but the myrcene found in the mangoes. Myrcene is one of the variables contributing to what cannabis users call the “Entourage Effect“, simply meaning when THC works at its full effect due to synergetic compounds.

Myrcene has a synergistic effect with THC, meaning that together the two compounds have a greater effect when consumed. The myrcene terpene helps with the absorption of THC into the brain providing a strong high that can last longer. Myrcene is also found to help people to relax and sleep better, offer relief from pain, and act as an anti-inflammatory

Jack Herer is a sativa dominant strain. It has won several Cannabis Cup awards for Best In-Class Flower. It produces an engaging, enjoyable high and has strong medicinal potential, thanks in part to its myrcene content. In his honor, the strain is named after cannabis activist, Jack Herer, author of “The Emperor Wears No Clothes.” Jack Herer is a popular strain used around the world and is a parent plant to several well-known strains including Jack the Ripper, Jack Skellington, Jack’s Cleaner, and Critical Jack. It was originally created in the 90s by growers in the Netherlands. It has a spicy pine smell and taste. The Jack Herer strain is considered a great choice for an enjoyable, creative experience. It produces a happy and clear-headed high.

Pink Kush is an indica dominant hybrid strain. It contains high THC levels, averaging around 20%. It is related to the very popular OG Kush strain. It provides a strong body high. It has a vivid color and sweet, yet mild, floral flavor. Like most indica strains, it produces a relaxing high and is known for producing a calm, giggly mood. The strong body effects make it a popular choice for medical uses. It is a great choice for body pain, migraines, and nausea. Many people use it also to help with stress, anxiety, and sleeplessness.

Himalayan Gold is an indica-sativa hybrid. With high levels of THC and CBD content around 1-2%, the strain provides a great mind and body high. As its name suggests, its genetic roots are Nepalese and North Indian. Himalayan Gold has large, dark green and brown buds. Is has complex citrus flavors and aromas. It produces a relaxed, but not sleepy high and is used commonly by those seeking a creative mood. It is known for its use among people dealing with depressing, high-stress levels, nausea, lack of appetite, and even constipation.

Blue Dream is a Sativa-dominant hybrid. It has a sweet berry smell. Blue Dream is originally from California and is a well-known and loved strain along the West Coast of the United States. The strain is produced from the marriage of a Blueberry Indica with a Haze Sativa from Santa Cruz, California. Haze was a popular strain in Southern California during the 1960’s Beach Boy era and is still enjoyed widely today. Blue Dream has large blue flowers with a strong smell. It produces a relaxing full-body high as well as a pleasantly stimulating mental high. It provides strong effects with relatively little sleepiness, making it popular for those looking for daytime relief. It is frequently used to help with symptoms of physical pain, depression, and nausea.

Lab Effects offers isolated terpenes and blends using myrcene perfect for formulating and enhancing both THC and CBD products in a wide variety of formats. Browse our extensive collection of pure terpenes (both cannabis-derived and botanical) at www.labeffects.com. To inquire and learn more use our online wholesale form and choose the products you are interested in.

If you have any questions or use cases not mentioned above regarding Myrcene, please feel free to leave a comment below or email us at info@labeffects.com.

Lab Effects is the premier and trusted source for profiling, extraction, purification, and custom formulation of 100% natural botanical and cannabis terpenes.
A Division Of:

***Terpenes are non-polar oil-based hydrocarbons, that in pure form, can be very potent and sometimes volatile, flammable, and even corrosive compounds. For this reason, they should strictly be used by experienced and trained manufacturers and we advise those who are unfamiliar with these compounds to exercise caution.