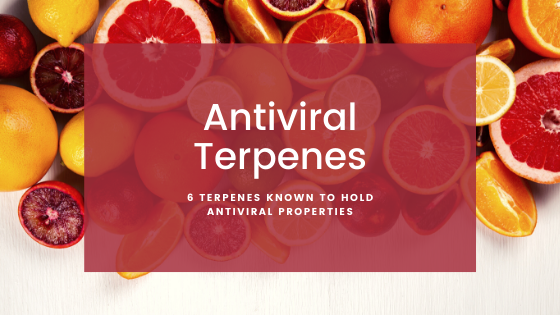 Antiviral terpenes and the research associated

Terpenes are a diverse group of natural compounds produced by a plethora of plants that are proving to hold promising therapeutic potential. There are more than 20,000 terpenes found in the natural world and around 100 of these are known to be found in cannabis. These compounds play a large role in the flavor and aroma associated with plants, including cannabis, but their benefits go far beyond taste and smell.

Terpenes have been studied for their various therapeutic effects ranging from stimulants to sedatives, and antibacterial all the way to antiviral. While terpenes possess wide-ranging benefits, the antiviral properties exhibited by a select few are of particular interest, especially during cold and flu season.

Below you will find some of the terpenes that Lab Effects works with that have been studied and found to fight against certain types of viruses.

This terpene is the chemical precursor to menthol and has a minty smell and taste. It can be found in mint, lemongrass, parsley, geranium, and eucalyptus in addition to being prevalent in some strains of cannabis.

Antiviral Properties: Compounds isolated from isopulegol have been shown to possess strong antiviral activity against a number of H1N1 and H2N2 influenza virus strains. [1] The (4R)-11a compound was effective in the early stages of viral activity through binding with hemagglutinin. [1]

This terpene has a distinctive taste and smell of pine. ɑ-Pinene can be found in natural sources such as pine and conifer trees, rosemary, orange peels, and cannabis. ɑ-Pinene is the most common naturally occurring terpene.

Antiviral Properties: Phytotherapeutic extracts consisting of a-Pinene and other terpenes have been shown to inhibit the bronchitis virus and is a well-evidenced alternative to antibiotics for this condition. [2] Another study indicates that ɑ-pinene can be an effective treatment against the herpes simplex virus and can reduce viral infectivity by over 96%. [3]

Linalool has a very floral fragrance and is known for its calming and sedative effects. Common natural sources of this terpene included lavender, birch bark, cinnamon, and cannabis. It is found in over 200 varieties of plants, mainly in the Lauraceae and Lamiaceae families.

Antiviral Properties: A study of essential oils containing linalool suggested that the terpene displays anti-influenza activity and was effective at reducing visible cytopathic effects of the A/WS/33 virus. [4]

Limonene has a very fruity smell most often associated with citrus fruits. Common natural sources of limonene include lemons, limes, oranges, cannabis, and juniper. It is most present in the rinds of common citrus fruits. β-pinene is commonly found in many species of pine as well as in nutmeg, ginger, rosemary, and sage. It has anti-depressant and antibacterial properties in addition to the antiviral potential seen below.

Antiviral Properties: Limonene in combination with β-pinene have been shown to possess strong antiviral properties, specifically against herpes simplex virus type 1. [5] This study demonstrated that the combination of these two terpenes reduced viral infectivity by 100% and they displayed “high anti-HSV-1 activity by direct interaction with free virus particles.”

The effects of the terpenes listed above show intriguing antiviral activity and display exciting potential for future medical applications. Due to these therapeutic properties, terpenes could become a key ingredient in products effective against viruses, although more research is needed and encouraged. 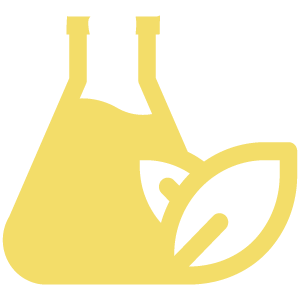 Understanding and isolating the therapeutic and medicinal properties of individual terpenes allows Lab Effects to combine complimentary terpenes based on knowledge of their physiological effects to create custom therapeutic blends. Lab Effects empowers brands to leverage therapeutic terpene blends that deliver targeted and consistent experiences time after time. By controlling the ratios and synergies of complimentary terpenes and cannabinoids, manufacturers can make more sophisticated formulas catering to the specific needs of users.

Over the last seven years, Lab Effect’s mission has been to understand these terpenes studied for their therapeutic response to specific medical conditions, and blend them to work synergistically in Target Response Formulations™.

Please use our online wholesale form if you are interested in learning more about custom therapeutic terpene blends.

Canopy Asks, “Is Phytol Safe to Vape?” Despite Serious Flaws in Their Controversial Paid-For Study.

Lab Effects is the premier and trusted source for profiling, extraction, purification, and custom formulation of 100% natural botanical and cannabis terpenes.
A Division Of:

***Terpenes are non-polar oil-based hydrocarbons, that in pure form, can be very potent and sometimes volatile, flammable, and even corrosive compounds. For this reason, they should strictly be used by experienced and trained manufacturers and we advise those who are unfamiliar with these compounds to exercise caution.